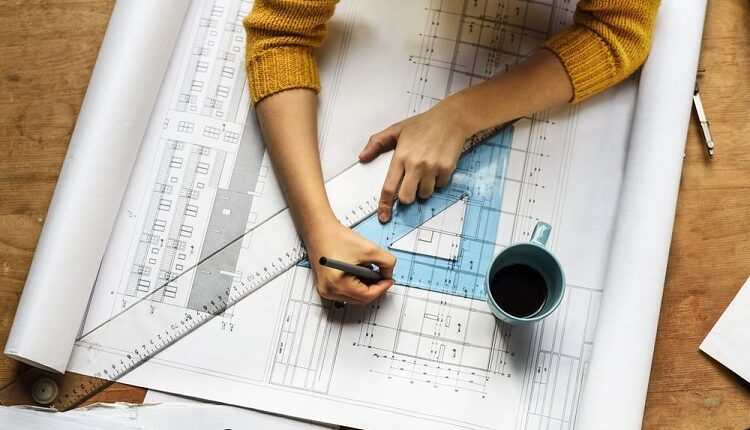 In the world of architecture, a few buildings have made such an impact that they have literally changed the way we build and even do commerce. For example, some of these structures have maintained steel sales and demand around the globe.

From their innovative designs to their ability to inspire future architects, these structures have revolutionized the industry in ways that we could never have imagined.

Here are just a few of the most amazing buildings in history that have forever changed how we look at architecture:

One of the most famous buildings in the world, the Taj Mahal is a gorgeous structure that includes elements from Persian and Islamic design.

The mausoleum was constructed over 22 years, from 1631 to 1653, as a tomb for Shah Jahan’s wife Mumtaz Mahal. Proclaimed a UNESCO World Heritage Site in the 1980s, it welcomes over 6 million visitors annually.

Designed by Gustave Eiffel for an international exposition celebrating the anniversary of the French Revolution, the beautiful tower was built to stand as a symbol of modernity and technical innovation.

The Eiffel Tower was originally built as a temporary structure, but it was so popular that it was kept standing. It has been used for a variety of purposes over the years, including as a radio and television transmitter and an observation deck.

One of the most famous skyscrapers in history, this 102-story building was constructed as a symbol of hope and economic strength during America’s Great Depression.

It was also the site of an astounding high-speed, first-of-its-kind elevator. It has become an iconic part of the New York City skyline and is one of the most visited sites in the entire world.

Currently standing as the tallest manmade structure on earth, Burj Khalifa was built in 2010 and rises to an incredible 2,722 feet. It was designed by the Chicago firm Skidmore, Owings & Merrill, which also designed Dubai’s second-tallest building.

Designed by Frank Gehry as a center for music and culture in downtown LA, this iconic concert building opened its doors in 2003 after 20 years of planning and construction.

The exterior is covered with stainless steel sheets that give it a shimmering look, and the details inside are just as impressive. The center’s main auditorium is based on the shape of a flower, and other rooms are designed with gorgeous curves to make them look like they blend in naturally with the exterior.

Construction on this incredible church began in 1882, but it remains unfinished to this day. Factors such as reliance on donations, destruction of the master plan that others had to piece back together, and world events like the Spanish Civil War slowed down its progress.

The reason for Sagrada Familia’s unique look is because of its emphasis on nature and natural forms, which is why the church’s exterior has various empty windows and unusual spires.

Located in Bear Run, Pennsylvania, this iconic house was designed by Frank Lloyd Wright for a department store owner whose family loved to spend time in the nearby woods.

So he built his home precisely over a waterfall on Bear Run, creating a stunning juxtaposition between nature and architecture. The house itself uses its natural surroundings to enhance the overall design, making it even more beautiful than it already is.

Constructed from 1970 to 1974 as a symbol of America’s economic power during the Cold War, this massive skyscraper would remain the tallest building in the world until 1998.

The tower is now called Willis Tower, and it still stands as the tallest building in America today. It also has an amazing 442-foot antenna on top that was added after construction.

The Gherkin (or “Cucumber”) refers to a particular type of pickle common in Europe, but this gorgeous building also lives up to its name.

Located near the London Stock Exchange, this weirdly shaped skyscraper features a helical design and was designed by Norman Foster to look like a candle. It opened in 2003 after eight years of construction and now contains office space for 30,000 people.

This iconic structure was designed by Danish architect Jørn Utzon, and it slowly took shape from 1957 to 1973. It is now one of the best-known landmarks in Australia, and its design features represent ocean waves reaching toward the sky.

The beautiful building is home to multiple theaters, and it has become a popular place for tourists to visit when they travel throughout Australia.

The Gateway Arch in St. Louis was constructed during the 1960s as part of an effort to revitalize this historic city by connecting it to the west. It is made of around 900 tones of steel and rises up to 630 feet in the air.

It was meant to symbolize St. Louis’ role as a vital port during America’s days as a frontier, and it now stands as a popular tourist attraction that can be visited on various guided tours.

This unique-looking skyscraper is headquarters for a Chinese real estate company and has a futuristic appearance that looks like a giant jigsaw puzzle.

The Wangjing SOHO building was designed by Zaha Hadid Architects, and it now features multiple office spaces as well as some retail areas.

The buildings we’ve looked at today have had a profound impact on the way that architects and designers approach their work. It is truly awe-inspiring to see how these structures, with such unique designs and innovative construction techniques, can change the lives of those who use them for years to come.

Arthur Chapata Jan 26, 2023 0
â¢ Upgrade your backyard to make it a place of relaxation and entertainment, increasing the value of your home.…

What to Upgrade for Your Home: A Few Examples

Investing in Heavy-duty Equipment To Build an Apartment